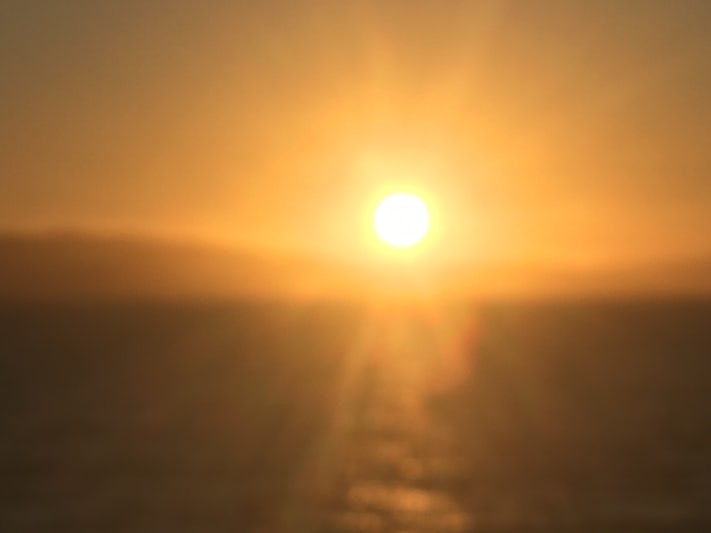 theTaxZombie
6-10 Cruises • Age 50s
Left from Le Havre France. Did not get a very good send-off from the crew as only 300 passengers got on here (vs. Southampton - 2300 & Dublin - 300). Kinda surprising - would have expected more attention, but embarkation seemed like an afterthought. Loved the ship, the dining, the service & the shore excursions. Great variety of food. We ate mostly at the buffet but did have a couple of dinners in ...
Read More

Review for Royal Princess to Transatlantic

anniecj
6-10 Cruises • Age 60s
Our trip began with five days in Paris at the Novetel Les Halles. Because we booked the hotel a little late we were not able to book the transfer from the hotel to Le Havre. Instead our transfer was from the Gare Montparnasse which necessitated quick Sunday morning taxi ride arranged by the hotel. A friendly Princess Representative quickly assisted with boarding the coach and we were on our way ...
Read More

Disappointed with the ship layout, food and entertainment.

rainyday458
6-10 Cruises
We chose this cruise as our 35 anniversary celebration and had always had wonderful cruises previously with Princess. We did the 12 day United Kingdom with Kirkwall. The ports were wonderful, we had no complaints with the itinerary at all. The ship was a disappointment. We hated the buffet set up. Narrow hallways that blocked you view of what was available and you had to keep ...
Read More

Cruise around the UK

wjcruise
10+ Cruises • Age 70s
We wanted to see more of the United Kingdom and surrounding area. Each port was awesome. The excursions were well organized and we felt were reasonably priced. The ship's crew were friendly and professional. Our dining stewards always remembered us from meal to meal and often came to speak to us even if we were not seated at their table. We especially enjoyed Alfredo's, the no extra charge Italian ...
Read More

Some great things, some just OK

Forsmace
2-5 Cruises • Age 60s
We chose this cruise as part of a group of 11 friends& relatives traveling together. I had not been to Scotland or Ireland before so I was excited about those ports. The ship is HUGE. This has both benefits and disadvantages. The embarkation process was great, but we arrived early. The food in the dining room and the buffet is average; I would give it a grade of B-. We enjoyed Alfredo's ...
Read More

frankjez
6-10 Cruises • Age 70s
Itinerary was great,ship was less than mediocre overall. Ship is more confusing than it needs to be. Some elevator direction lights don’t work, need magnifying glass to read on board signage, decks referred to by name but elevators have numbers, staff attentively listens to requests but usually does not follow through. One third of food was good, one third mediocre and one third poor. At any bar ...
Read More

wordsmith005
6-10 Cruises • Age 60s
Just returned from a 12 day British Isles cruise aboard the Royal Princess. This was our tenth cruise -- and first on the Princess line. My family and I decided to try Princess based upon the itinerary -- embark in Paris, then visit England, Ireland and Scotland. Would say that the itinerary was GREAT! Spent two days in Paris before boarding the ship -- which gave us time to hit all the main spots ...
Read More

Your patience will be put to the test

poipie
10+ Cruises • Age 60s
the first word that comes to mind about the Royal Princess is WAIT .... The ship is very nice the main plaza has a "rich" look. the ship has a nice layout, you should never feel crowded. The shows are different every night, to satisfy every taste. Emergency drill is becoming a joke .... they do it only to annoy passengers ... what will people do in case of an emergency ... .eg. ...
Read More

cruisetakemeaway
2-5 Cruises • Age 40s
The assistant cruise directors were AMAZING!!! The room steward as well, I cannot say enough good things about them. Staff - wonderful. However, the boat itself was run like it was a maiden voyage, terribly unorganzied. Muster station meeting - NO staff showed up to run it. Hundreds of us in the theater waiting on "mandatory" meeting that has no staff. We left after 25 minutes as did most ...
Read More

Would have been excellent but for atrocious passenger handling logistics!

Frustrated commenter
6-10 Cruises • Age 70s
We choose this cruise for the excellent itinerary, quality of Princess food, cabins and amenities. I would rate this cruise excellent in all these categories. The passenger logistics in handling the movement of passengers on or off the ship and other required on-board activities, such as customs, were so bad that my wife and I will be very hesitant about taking any future Princess Cruise. ...
Read More