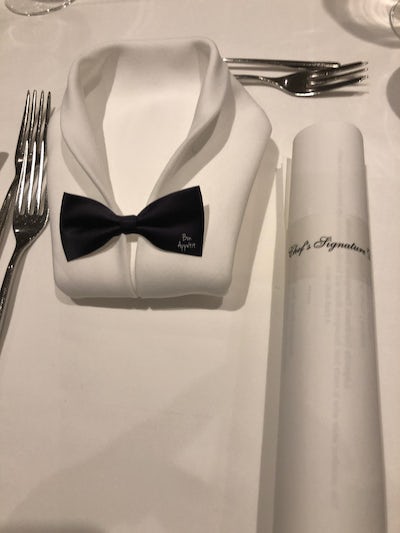 Xmas Markets, Beautiful Cities and Towns, and a Gorgeous Ship!

My best friend and I decided to do this Xmas Market cruise shortly after her husband died. We were fortunate to be able to book a lovely suite, 308, just several months before the cruise. Someone must have cancelled - lucky us! This was my fourth trip with Tauck and my friend's first. I expected it to be special and for all to go well and was not disappointed. She was amazed by the ship, the ...
Read More

This was our second experience with Tauck, the first being their Best of the Canadian Rockies tour. It was also our first river cruise. We chose this particular cruise because of the starting and ending cities, Prague and Budapest. We have always wanted to visit those cities. Based on our prior experience with Tauck we had high expectations. I have to say on this cruise Tauck far exceeded even ...
Read More

We wanted a “get away from it all” break so chose a quiet river cruise. The ship cabin and staff were all excellent. The organisation by Tauck is first rate. Yes it is expensive but you are taken care of from the moment you land to the moment you depart. We chose the ship because it had a second dining venue. That’s available all the time except the one really formal evening. Basic choices but ...
Read More

We have just returned from our unforgettable, glorious, spectacular 14 night river cruise from Amsterdam to Budapest. After we had booked our holiday we read some unfavourable reviews and began to wonder what we may be in for. We had no need to worry, everything about the holiday was fabulous. The small ship was luxurious and elegantly furnished. the restaurant food, delicious. with a large ...
Read More

This was our second Tauck river cruise, the first one being from Milan to Amsterdam on the Rhine and it was wonderful! This cruise however was terribly disappointing for a number of reasons. First, and this of course is no one's fault, was the weather. It rained for most of the days, but that's neither here nor there. Second, the time spent on buses from the docks to the various excursions was ...
Read More

The worst two weeks of our lives

Our travel agent has been raving about Tauck for years, so when we said we wanted to do a cruise from Amsterdam to Budapest, she suggested Tauck. We had been on a fabulous Viking river cruise a few years earlier and decided to try something different. What a mistake. Logistics: Problems with logistics began even before we boarded the ship. We were told to wait for a driver at the east ...
Read More

We chose this Christmas Markets tour because it included cities we know and love: Aachen, Cologne, Rudisheim, Heidelberg, Baden Baden, Strassburg and Colmar. Although cruising the Rhine became problematic after a year of historic heat and low river levels, Tauck found a way to make it all work seamlessly, instituting a "ship swap" half way through. Yes, it is inconvenient to have to pack up and ...
Read More

Hello Tauck? Hope You're Listening: you missed the boat on this one!

Let me preface my review with this: my husband and I are frequent travelers. 11 cruises in the past 6 years -- Crystal is our favorite (have been on Regent and Norwegian too). This was our first river cruise, first time on Tauck. Communication, Transparency and Customer Service are not Tauck's strengths, from my experience. When we arrived at our hotel in Budapest, we were told -- for the ...
Read More

We have traveled with Tauck on four previous land vacations and figured they would be just as good on a river. We traveled from Amsterdam to Budapest. Halfway, we had to switch ships with Sprit's sister ship, the Treasures. Kept the same cabin number. The Danube River was too low and we heard about other tour groups bussing to cities from a docked ship. Our ship had 78 tourists; our cabin was ...
Read More

Danube Cruise 2018, Traveled 8-02-18 The first thing I want to say is this cruise and all the Tours were all top notch. My traveling companions were all pleased. The money spent is well worth it because you are escorted, given great tour guides who take the time to give you an “insiders” look and little treats along the way. I did a Rhine Cruise on Uniworld in 2016, but, this was even ...
Read More