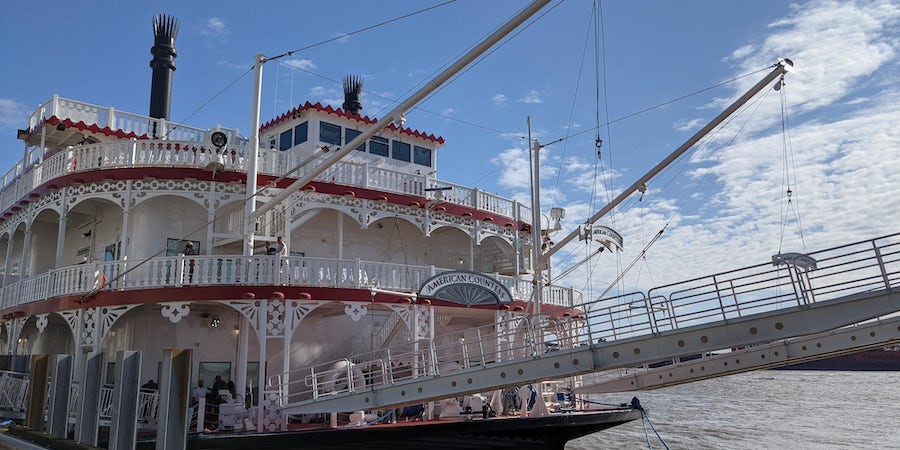 (9 a.m. EDT) -- American Queen Steamboat Company became the first and only U.S.-based river cruise operator to require all passengers and crew to be fully vaccinated against COVID-19 today, as the company's new vaccination policy takes effect in full force.

The line has also done away with the previously mandated PCR testing conducted at American Queen's precruise hotels.

"It's going to pay off, and it has," Shawn Bierdz, president of American Queen Steamboat Company, said in an interview with Cruise Critic. "Our phones are ringing off the hooks. We've seen very strong demand for the product."

Bierdz said most passengers were understanding and supportive of the company's stance on requiring full vaccination against COVID-19 as a condition of sailing with the line.

"I've taken a very hard line," Bierdz said. "We've committed to our guests that we will sail a 100 percent vaccinated cruise. We're holding the line at 100 percent, and we've only had to turn away -- at least those that have crossed my desk -- three guests over the last six months."

Cruise Critic was onboard American Countess in March for the line's U.S. restart, when protocols still allowed for nonvaccinated passengers. Since then, the line has expanded its service to include its entire fleet, save for the iconic American Queen, and has restarted sailings aboard American Empress on the Columbia and Snake rivers.

"Having this vaccination mandate is going to really enhance the experience," said Bierdz, noting that taking away the hassle of precruise PCR testing will remove many of the hurdles passengers have to jump through before boarding their cruise.

American Empress passengers, though, will continue to participate in a precruise PCR test prior to embarkation in accordance with Washington state guidelines.

All passengers sailing with American Queen must present proof of COVID-19 vaccination by uploading an image of their vaccination card prior to precruise hotel check-in. Those who fail to show the required documentation will be denied boarding.