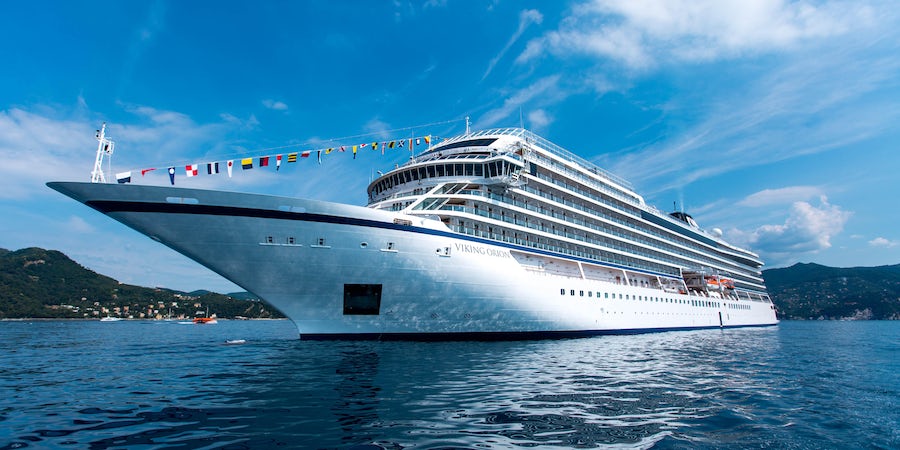 More Cruise Lines, Including Cunard and Windstar, Cancel the Remainder of the 2020 Season

Do you have a cruise booked before the end of 2020? Take our survey.

(Updated 3:56 p.m. EDT) -- More cruise lines have begun cancelling their entire 2020 sailing schedule as the global COVID-19 health pandemic continues to affect travel around the world, with Windstar Cruises and Cunard Line being the latest to cancel.

On August 27, Windstar Cruises announced it would suspend the remainder of its global sailings for 2020, with the hopes of resuming service in 2021. Cunard Line canceled its entire 2020 sailing schedule on August 25, pausing operations well into Spring 2021.

On August 12, Viking suspended its entire 2020 sailing schedule, cancelling all ocean and river cruises through December 31, 2020.

"On March 11, when we became the first cruise line to temporarily suspend operations at the start of the COVID-19 pandemic, I would not have imagined that in August we would still not be sailing and that I would be writing this letter to you," Viking Chairman Torstein Hagen said, in a letter to passengers.

"Every day I am encouraged by the scientific advancements toward COVID-19 therapeutics and a vaccine. But as you well know, recent events have shown us that the recovery from this pandemic will be sporadic, and the ability to travel freely across borders remains some time away…As keen as we may be to get back to exploring, for now, international travel must wait."

Many ocean and river lines have already seen the writing on the wall and have elected to cancel all or a substantial portion of 2020 due to the ongoing global health crisis.

Which Lines Are Cancelling Their 2020 Seasons?

The industry has put itself on a voluntary pause through October 31, 2020, and the mainstream lines under Carnival Corp., the Royal Caribbean Group and Norwegian Cruise Line Holdings have current restart dates in November 2020. Notably from Carnival's umbrella, Holland America Line recently pulled the plug on all sailings through December 15, and Princess Cruises has scrubbed most sailings into the winter months of this year.

UK-based Fred. Olsen cruises has also cancelled the bulk of its 2020 sailings, with only two December departures hanging by a thread. Some of the line's ships, like the 924-passenger Braemar, aren't scheduled to re-enter service until late March 2021.

Cunard Line has also paused its three-vessel fleet, including the legendary Queen Mary 2, through spring 2021.

Scrapping sailings through the end of 2020 is particularly noteworthy, however, as historically lines can generate some of their highest per diems during the so-called holiday sailings that run over Christmas and New Year before heading into the soft booking period that usually comes in early January

What Are Cruisers Asking For?

Cruise Critic members have, for the most part, embraced these cancellations. Many have come to the conclusion that cruises for the remainder of the year look increasingly unlikely. Some have already begun to voluntarily move sailings out of the last few months of the year to 2021 -- and beyond.

"I've lifted & shifted, and moved and cancelled and had cancelled 5 2020 cruises and one 2021 cruise," writes mac_tlc. "At this point, I have nothing until May 2021. If by some miraculous event cruising is palatable earlier in 2021, I'll try to hope on one last minute."

The idea of moving booked sailings farther out -- and jumping on a last-minute sailing once cruising resumes -- is an idea that is gaining traction among a number of Cruise Critic members.

"If things turn around, we will do a last-minute booking," writes maggieq.

Others are electing to push their booked sailings further still, moving early 2021 departures through to 2022.

"We moved our Vision of the Seas sailing from 2021 to 2022," writes Bailey and Sophie on a thread asking Royal Caribbean cruisers if they've taken advantage of the company's "Lift and Shift" program that allows customers to move their cruise to the following year within four weeks of the original sail date. "Even got the same room."

"I moved our big family cruise from Jan '21 on Oasis to Jan '22 on Harmony," writes rockmom. "I also pushed Adventure of the Seas from this October to Freedom of the Seas in October of '21 (did the lift and shift before they canceled it).  And I moved a March '21 on Allure of the Seas to March '22 on Symphony of the Seas."

Notably, these posters -- and many others --aren't cancelling their cruises outright or requesting refunds. Instead, they're continuing to push sailings forward to a time when the pandemic might be waning.

"I suspect, though, that future cruises are going to get harder and harder to book as a lot of folks scramble to move their 2020 cruises into 2021 and beyond," writes cocopico on the Viking board discussing the end of 2020 sailings.

"I personally am glad that Viking took the large leap and cancelled til January (instead of piece meal month by month as they have been doing," writes CCWineLover on the same thread.

As disruptive and disappointing as it is, the cancellation of the entire 2020 season by some cruise lines can have positive benefits for the industry as a whole.

First, it allows cruise lines to take a collective breath and focus on their itineraries for 2021 and beyond. It allows lines to save money by placing ships into cold layup with minimum manning until the time is right to resume cruise. And it yanks the band-aid off for consumers who are confused about what the future holds.

Second, it allows lines to fine-tune their health and safety protocols in conjunction with the U.S. Centers for Disease Control and Prevention (CDC), European Union regulators, and other stakeholders.

Third, it allows lines to have a continued dialogue with destination countries to ensure that any restart of cruising is fully supported, and to allow time for itinerary changes to be made.

Finally, though some lines have -- and will -- manage to operate this year, cancelling for the remainder of the year allows time to learn and understand more about COVID-19, and to avoid the disastrous events of February and March that resulted in increased negative press for the industry.

There is also increasing reason to be optimistic about cruising in 2021. In its email to travel partners, Viking notes it will take delivery of its newest oceangoing vessel, Viking Venus, in 2021, with a new ship -- Viking Mars -- to follow in 2022.

When do you think cruising will resume in the U.S.? Take our survey.