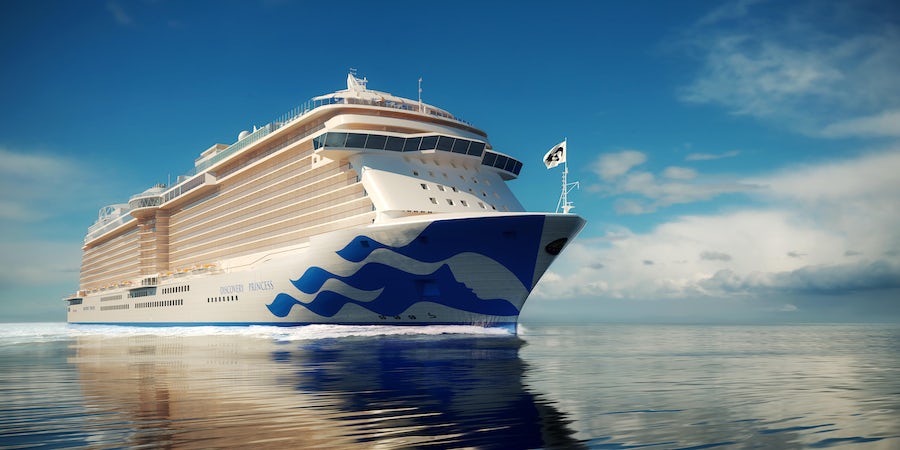 (5:20 p.m. EDT) -- Princess Cruises' sixth, and final, Royal-class cruise ship will be named Discovery Princess, the line announced at an event in Los Angeles. The name is fitting because the ship will offer more places to discover during its inaugural season than any previous Princess cruise ship, with sailings to Europe, the Caribbean, South America, Mexico and the California Coast.

"Discovery Princess will take our guests on the most memorable vacations of their lifetimes, introducing them to new sights, new cultures and new experiences onboard every voyage," said Jan Swartz, Princess Cruises' president. According to Princess, the name of the ship is not related to the line's long-standing partnership with Discovery Inc.

Discovery Princess, which launches in November 2021 with a one-week Mediterranean and Aegean Sea cruise from Rome (Civitavecchia) to Athens, will be the first ship for the line to be based on the West Coast of the U.S., sailing out of Los Angeles.

The inaugural season of Discovery Princess includes 30 departures on 21 unique itineraries to more than 50 destinations in 23 countries. The season starts with four Mediterranean sailings ranging from seven to 21 nights, after which it will offer four Caribbean sailings roundtrip from Fort Lauderdale, with from four-, eight- or 16-night options.

The ship will then make its way to South America offering six itineraries, including a 50-night voyage that goes from Fort Lauderdale, down and around the South American coast and ending in Los Angeles.

The ship will offer many of the line's signature experiences, including the adults-only Sanctuary, three-deck-high Piazza atrium and Movies Under the Stars. It will also have Sky Suites, which feature the line's largest balconies and are debuting on Sky Princess this fall. But Princess also promises Discovery Princess will feature "an evolution" of the line's previous Royal-class ships.

The 3,660-passenger ship will be a MedallionClass ship when it launches and feature all of Princess' customer-focused OceanMedallion technology onboard. It is currently under construction at the Fincantieri shipyard in Monfalcone, Italy.