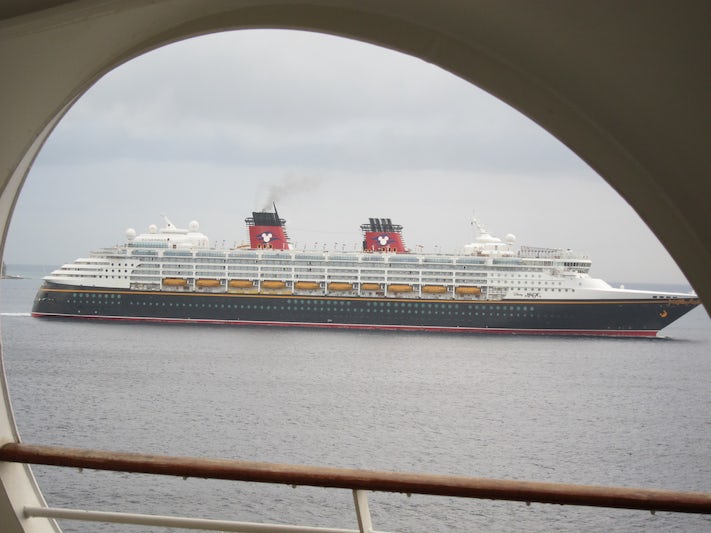 Review for Voyager to Middle East

jerseyv
10+ Cruises • Age 80s
Voyager is an older vessel used by Voyages of Discovery for their “Small Ship Cruises”. Our October 2016 cruise was from Larnaca, Cyprus to Alexandria for Cairo, followed by Port Said through the Suez Canal to Sharm El Sheikh, Aqaba, Jordan for Petra, Safaga for Luxor then Salalah and Muscat in Oman. The vessel was said to be full with about 400 passengers. Passengers that took the ship’s ...
Read More

Happiest ship on the seas!

Fairgo
2-5 Cruises • Age 80s
We were recommended by friends who were regular travellers on the Voyager. Though sceptical about cruises in general we booked last minute on a special offer, choosing this particular cruise for the excellent Greek/ Turkish itinerary. The deal was for an inside cabin allocated to us - though we requested, and were given, an upper deck centre ship cabin which we found was perfectly adequate ...
Read More

Review for Voyager to Mediterranean

old yachtie
6-10 Cruises • Age 70s
Prefer small ships. Wanted to go to the Adriatic. Had sailed on company's previous ship. Booking arrangements good but speakers and extension possibilities not available on line even on eve of departure. Travel to /from ship efficiently handled. We had a suite so cannot review smaller cabins, ours was excellent. Ship was very clean but is showing signs of age. Public spaces very good. ...
Read More

fisher_eric
First Time Cruiser • Age 80s
The ports visited were ideal for our smaller size vessel enabling us to dock when larger ships couldn't. The island stops were so interesting and the lectures prior to each stop were excellent. Other topical lectures were entertaining and interesting. Shore excursions were disappointing, but these were provided by local people who seemed more like history statisticians and could be quite ...
Read More

John and Anne
10+ Cruises • Age 70s
This is a very small ship when compared with many other ships (15000 tonnes), with the advantage of quick embarkations, friendliness on board and different ports of call it can make. The disadvantage on size and age is its ability to handle heavier weather and the engine noise at the rear of the ship. The cabins are reasonable in terms of size, however the balconies are very small. There is ...
Read More

Louvain
2-5 Cruises • Age 50s
Booked this cruise because of the itinerary and from that point of view we were not disappointed. We are not cruise experts, having only previously been on one Thomson Canary Islands cruise and two European river cruises. However, Voyager and Voyages of Discovery were sadly lacking in comparison. The ship itself is ok and our inside superior cabin would have been absolutely fine if it wasn't ...
Read More

Deck Cargo
10+ Cruises • Age 70s
Stayed onboard for back to back cruises. 1st Cruise, Britain's Beautiful Isles Excellent itinerary, visited several Scottish Islands which would be a pain to get to by car ferry. For next year this cruise is already nearly booked up. 2nd Cruise, Viking Lands & Icelandic Explorer This went very well, and for a change it did not rain in Bergen Pre Cruise Some of the pre cruise ...
Read More

Review for Voyager to Caribbean - Eastern

PRISONBOARD
6-10 Cruises • Age 70s
Before we left the ship we wrote to the management . To date we have not had the courtesy of a response from Voyages of Discovery. We thought we had found our ideal cruise line but were disappointed by the make up of the passengers . The management had found it difficult to fill the ship as there were 10 days at sea. We were well aware of this and were quite happy to relax at sea . We found that ...
Read More

Voyager is off course

Anni42
6-10 Cruises • Age 70s
Having thoroughly enjoyed 3 cruises with Voyages of Discovery on the Discovery ship, we were reluctant to book Voyager as we were apprehensive about the layout of the ship. However, when we saw this cruise had a Galapagos Islands add-on, we decided to give it a go. Thank goodness we did this add-on. Excellent. But the rest of the cruise was a great disappointment. Voyager layout is not as good as ...
Read More

In Need of a Refurbishment

Review for Voyager to Mexican Riviera

Roggiesdad
6-10 Cruises • Age 70s
Attracted by the itinerary, a little wary of it being a small ship, but most of the passengers and especially the crew were very friendly. Being small we could get into more interesting places and it was quick to embark/disembark. On booking we were told the ship was to be refurbished in the next few months prior to our trip....it wasn't , so 50£ per person was credited to o url on board ...
Read More