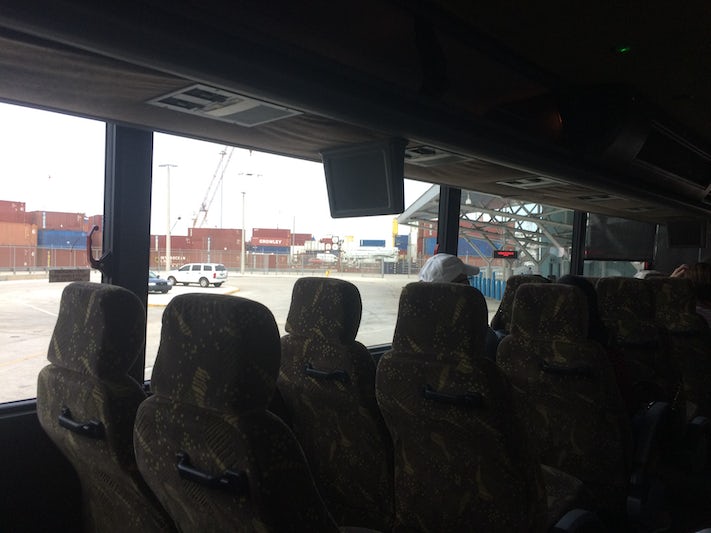 It is what it is, and nothing more or less.

I needed a solo getaway and this was the cheapest cruise I could find. As you can guess, my expectations were low. I was mostly pleasantly surprised. My cabin had recently been redone and the bed was comfy. I wasn't into the entertainment except the comedy club which I enjoyed. A fair degree of chair hogging and table hogging by other passengers, so it was hard to find a place to be on the ...
Read More

Wouldn't sail again on Carnival if it was free

Chose for the itinerary and timing. The whole thing was pathetic. See other reviews about smell of sewage. Horrible lines for food all the time. One day in Key West it was boiling outside (we live in SW Florida and are used to it). But the line to get on the ship lasted 45 minutes. We are used to boarding Princess cruises efficiently. We were in line for an hour to board. Staff was ...
Read More

Review of the Victory October 16th

First things Frist, For all those whom have read negative reviews about the Victory being old, rundown, smelly, etc. forget about it. The ship is old (2000) but it is very beautiful and well maintained. The crew is very friendly and cater to all your wants. If you have the grand illusion of dinning at 5 star restaurants, then you will be disappointed. The MDR is well staffed and the food is very ...
Read More

We are just returning now from the Carnival Victory and we want everyone to know that we truly enjoyed the staff aboard this vessel. 1. They were sincerely friendly - for example, they managed to learn our names, and every night when we arrived for dinner, they were looking forward to seeing us. Sherwin, Adrian and Hendrick, took service above and beyond our expectations, consistently, every ...
Read More

Take it from a first time cruiser; this ship is awesome! From the cruise director marcelo (who we nicknamed marshmallow) who was fun and energetic to seeing thomas brown's stand up at the punchline to having fellow passengers perform their favorite songs this was an enjoyable trip which i will never forget. Our room steward kunkun was a hard working and humble guy who really paid attention to ...
Read More

Lets see where to begin... there are so many bad experiences to share its sad. First off, this was our first time going on a carnival cruise line due to bad things we have heard but we went ahead and gave it a shot.. well sad to say but we will never cruise with carnival again. As soon as we got on board we purchased the drink package which limits you to 15 drinks a day. In the first night ...
Read More

My husband and I wanted to take our 4 year old son on his first cruise. We waited until about 3 weeks prior to decide this, so finding a reasonably priced cruise was a bit more challenging. Add to this the fact that DH and I did not want to go to Nassau (again!), and did not want to spend a fortune as we were not sure that son would like it, and it became more difficult. I found a 4 night cruise ...
Read More

We just cruised on the carnival victory for 5 nights. overall the experience was good. The ship was busy and seemed crowded at meal times. The ship is older and in need of some upgrades. i was disappointed that there was no mini fridges in the rooms. The hair dryer was terrible. Our room attendant was very friendly and did a great job. We stayed on the spa deck, it was close to everything and was ...
Read More

My partner persuaded me to split up our holiday to Florida, a 5 night cruise followed by 10 nights in Orlando. No sooner were we onboard in Miami than the bar staff were trying to get us to buy beer. Now this is a little after 10am! We booked a cabin with balcony on the port side and aside from the great views from the cabin I was disappointed from the get go. The bathroom was understandably small ...
Read More

Cheap Cruising for a Sub-Par Experience

My husband and I decided to take our summer vacation aboard the Carnival Victory to Key West and Cozumel because it was cheap and because we wanted to go to Key West. We have since learned that one gets what one pays for! We booked via phone call to a Carnival agent. At first, we were considering a Junior Suite at the front of the ship and even looked at a great video of it on YouTube. However, ...
Read More