You may also like
Dismiss
How to Build Your Own All-Inclusive Cruise
How to Book a Luxury Cruise for Less
5 Things You Didn't Know About Booking a Costco Cruise
Is There a Best Day to Book a Cruise?
AARP Cruises: Discounts on Travel for Seniors (and Everyone Else)
How to Save Money on a Royal Caribbean Cruise
7 Ways for Seniors to Save on a Cruise
9 Best Cruise Lines for Cruise & Stay Packages
How to Book a Suite for Less
What Is Norwegian's Free at Sea Promotion? 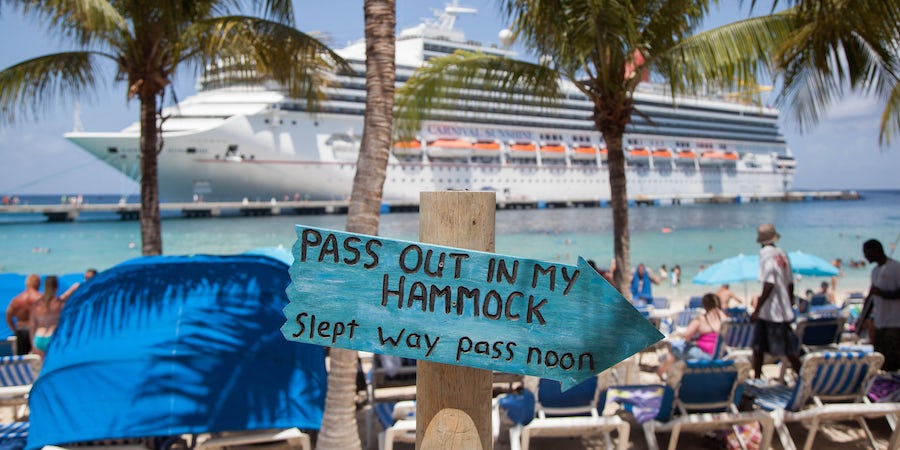 3 Ways to Make the Most of Wave Season Cruise Deals Scoring great cruise deals is possible year-round, but wave season remains a peak time for cruise lines to include free upgrades, onboard credit and other incentives.

Wave season, the sales period that has historically taken place between January and March, was born out of the recognition that a large percentage of cruisers book their sailings in the early months of the year. The combination of a new year with an empty calendar and, for most of us, chilly winter weather gets travelers thinking about sunny island getaways and the vacations to come. So, bookings take off. To capitalise on this cruise-booking state of mind, cruise lines and travel agents offer extra incentives -- typically free perks and reduced cruise fares -- in the hopes that the promotions will be the final push travelers need to book those cruises.

Wave season deals aren't always the least expensive, but they're great for travellers who want value for money, such as an upgrade to a nicer cabin or free onboard credit for some guilt-free indulgence at the spa or onboard boutiques. Fares are generally discounted, but they don't hit rock-bottom at this time.

If you've been paying attention to cruise pricing, you've likely noticed that choose-your-own-bonus sales now appear year-round from lines that include Celebrity, Holland America, Princess, P&O and Royal Caribbean. These sale periods occur in pretty regular intervals, but they may be promoted more during holiday seasons. What's the difference between these promotions and wave season offers? Wave season deals typically include the most bonuses and a longer booking window.

Last Minute Cruising: 9 Tips for Getting a Deal

To get the biggest bang for your buck, follow these three steps:

1. Figure out the ballpark cost of your cruise

To know if you're getting a deal, you have to know what the average price you'd normally pay is. Do some research on typical fares for the itinerary you have in mind. Remember that a 12-night Mediterranean cruise will have a much higher base price than a five-night Caribbean escape; you'll want to compare apples to apples. And don't just look at fares. If you're interested in free upgrades, you'll need to know the price differential between an outside and a balcony cabin. If it's onboard credit you're after, plan out how much you might typically spend on spa treatments, excursions, drinks and souvenirs. If you're hoping for free airfare, look up the cost of airfare between your hometown and your homeport city.

As you look for sales through the cruise lines or your favorite travel agency, be an active -- rather than a passive -- deal-hunter. Read the fine print because sometimes the discount or perk being advertised won't apply to the specific itinerary or cabin category you're interested in. Don't forget to check expiration dates, too. Some lines give you only a few weeks to take advantage of their offers, while others give you a couple of months. These steps let you evaluate what this year's promotions are and how good they are.

Another helpful trick is to always compare cruise line promotions with the same sailings sold through an agent. Often, agencies will offer additional incentives above what the cruise lines are offering. For example, one cruise line might offer two-for-one cruise fares and free airfare on select Europe cruises. But another might throw in perks like prepaid gratuities, onboard credit, spa credits, shore excursion credits and a welcome bottle of Champagne. If you don't see any advertised discounts, call and ask. Sometimes agencies are able to offer better perks and prices than those listed on their websites and in promotional materials.

The 10 Hidden Costs of Cruising — and How to Fight Back

Now that you've got all the information, compare the offers. Is the free upgrade on one line still more expensive than a regular balcony cabin on another? Would you prefer one agent's onboard credit or another's extra cruise fare discount? Are the deals good enough to make you want to book now, or do you need prices to drop further before you plunk down a deposit? If the numbers work out, congratulations: You've made an informed decision. Now it's time to book that cruise and start dreaming of sightseeing in Europe, swimming in the South Pacific or even dog-sledding in Alaska.

And if the wave season sales aren't tempting enough, or if you're just not ready to book yet, don't fret. Cruise lines will hold plenty of last-minute, three-day or extra-value sales throughout the year for you to find great deals. But, unlike wave season, you just won't know when those sales are coming.