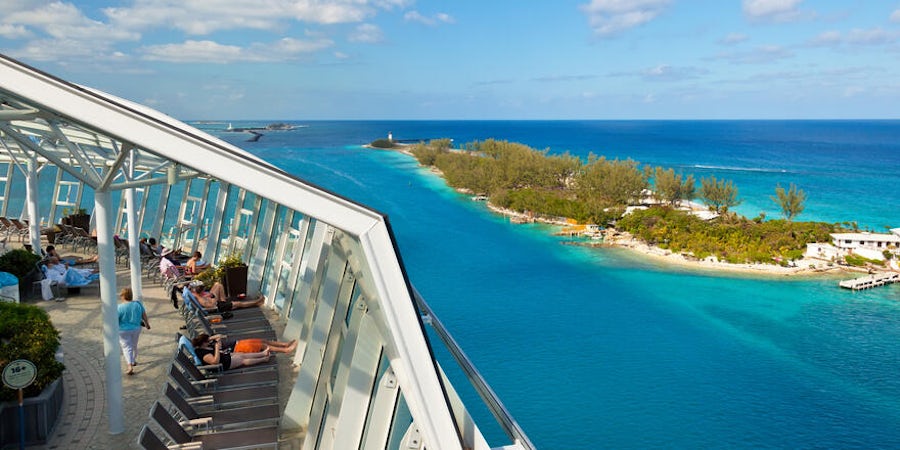 Cheap cruises from Sydney, Brisbane, Melbourne and Perth are helping to boost the number of Australians discovering this great-value holiday.

The local cruise season grows longer each year, and with international ships also sailing to Australia, there are lots of cabins to fill, which means plenty of good deals if you know where to look.

To help in your search, we've come up with three categories for those looking to make their dollar stretch further -- budget cruise lines, budget itineraries and budget seasons. With a savvy strategy, you can even find affordable options on upscale cruise lines, so let's start shopping for the best possible cruise within your budget. Australia has a great selection of contemporary cruise ships at its disposal each year. Some ships have been around for decades but thanks to frequent renovations still offer a modern experience. Other ships are only a few years' (or just a few months) old. The good news is you don't need to sacrifice quality or comfort for a rock-bottom price.

Australia's home-grown line continues to see success with its growing fleet of modestly sized vessels. The five-ship P&O fleet has, at one time or another, sailed for other lines including Princess Cruises and Holland America Line. And although the ships are second-hand and built in the 1990s, the passenger experience is distinctly P&O style.

These smaller ships, carrying less than 2,000 passengers, are homeported in Brisbane, Sydney, Melbourne and Perth. Periodically, P&O ships will also be based in Adelaide, Cairns and even Singapore. Great for first-time cruisers and families seeking a cost-effective holiday, your best bet for nabbing a top value fare will be to look outside of the school holiday seasons.

Over the past few years, the line has been introducing new innovations to Aussie travellers such as doing away with the buffet and replacing it with an international food court known as The Pantry. The first P&O ship featuring water slides, Brisbane-based Pacific Dawn, was followed by Pacific Explorer, which launched in June 2017. P&O is also the only line to offer a selection of extreme sports at sea.

Frequently offering sales and promotions, a 10-night cruise to the South Pacific will generally set you back around $1,300 to $1,500 per person. If you can travel with little advance notice, pick up one of the 'Pack N Go' fares, almost always less than $1,000 per person for a week or more. The line is also great for short breaks to help stressed workers down tools and get away for an extended weekend. These themed cruises often have a focus on food & wine, comedy or a particular music style and are priced from a couple of hundred bucks per person.

The world's biggest cruise line has two almost identical ships sailing from Sydney during the peak season, Carnival Spirit, which remains year-round, and Carnival Legend. The best fares always come outside of busy travel windows such as school holidays and the end-of-year summer period.

Both Carnival Spirit and Carnival Legend cater to just over 2,000 passengers per cruise and regularly run laps of the South Pacific islands. However, the best fares can often be found on short cruises to the Queensland ports of Moreton Island or Mooloolaba or heading south to Tasmania.

Onboard you'll find a number of creature comforts from home including plenty of lamb on the menu, Aussie roasted coffee and locally brewed beer, mixed in with many American brands reflecting the company's roots including the RedFrog Pub, BlueIguana Mexican Cantina and Guy's Burger Joint -- modelled after a flamboyant celebrity chef. For families spending the day around the pool, it's good to know the kids can grab a burger, a burrito, self-serve icecream or a pizza for free, which is not the case on P&O, for example. (Although on P&O you can get free food in the buffet and at most restaurants.) If your budget is tight, try to work out how much extra you might spend (or save) on these snacks versus how much you will pay upfront for the cruise fare.

Carnival's prices vary by itinerary and season, however we suggest visiting the South Pacific during the cooler winter months. You'll get a lower fare and will only need to brave the cold on deck for the first and last few days sailing in and out of Australia -- if you choose to go outside. Fares hover around $1,000 per person for an inside cabin but are more often found closer to $2,000 or above per person for a cabin with a view. Like any holiday, the cheapest cruises are the shortest. Consider a themed cruise with P&O. For around $500 or sometimes less per person, you can spend three or four days at sea with some of Australia's best comedians, jazz and blues musicians, winemakers and guest speakers. These cruises either head out to sea with no port of call or venture a short distance along the Australian coast to ports such as Mooloolaba, Moreton Island, Airlie Beach, Eden, Hobart or Busselton, among others.

Cruises lines such as Royal Caribbean will occasionally offer significant discounts for families travelling with small children in the same cabin as Mum and Dad. These deals can apply to itineraries of all lengths, however the best deals are the first to disappear so you'll need to be quick.

Plan ahead. Book ahead.

A handy tip -- don't automatically think that by waiting until the last minute, you'll get the best deal. This is a mistake commonly made and one which will see you end up paying more than you expect. Your preferred itinerary will sell out and the only others which suit your holidays will already be heavily booked. This will leave you stuck with the premium suites and the associated price tag.

One way to combat this is to book well in advance -- as far in advance as you can. P&O has recently launched an incentive whereby the first 100 cabins booked on any itinerary will see its occupants receive priority boarding and front-of-line access to tender boats where you need them. These little perks are a handy value-add which can go a long way to help you enjoy more of your holiday. South Pacific in the Australian winter

In the throes of winter weather (even if the calendar says autumn and spring), cruises to the South Pacific are great ways to extend your summer or thaw out after the cooler months. And while you might need your jackets and cardigans while boarding, don't forget to pack your swimmers when you reach the islands. The ports in Vanuatu, New Caledonia and Fiji are warm year-round but temperatures can drop to around 22 degrees in June, July and August so it may not always be idyllic beach weather.

Destinations such as Mystery Island, Lifou and Dravuni Island are also tropical paradises nearly year-round, with warm water lapping at the shore and plenty of sun to be enjoyed. And you can get there with some great fares sailing from Australia outside of the busiest times of the year. Cabins on many Carnival Spirit voyages start below $1,000 per person for between 7 to 10 days away. Our quick search online found 10-night cruises for less than $800. Winter is the time to go if your budget is tight.

P&O is even cheaper. Between the months of May and September, nearly every itinerary of six days or longer is priced below $1,000 per person. Some are even less than $500.

If you have the time for a longer cruise holiday, usually of around 12 days or more for a round-trip, then New Zealand is a great option. However, options are somewhat limited in terms of finding a budget cabin as the majority of ships sailing for contemporary lines such as P&O, Carnival and Royal Caribbean offer the South Pacific almost exclusively, with only one ship -- Radiance of the Seas -- cruising to New Zealand during the peak season.

Far more New Zealand itineraries are offered on the more premium brands such as Holland America Line, Celebrity Cruises and Princess Cruises, however that doesn't mean the destination is off limits if your budget doesn't stretch that far.

Cabins on Radiance of the Seas for an 11-night cruise hover around the $1,500 per person mark if you're lucky. The destination is popular due to the high number of ports visited on many itineraries, so a budget cruise here may be tough to find if your travel dates are are inflexible.

There are two ways to see Northern Australia and the decision comes down to which side of the country you'd like to sail from -- east or west? If you're based nearer to the west coast or would like to cruise from Perth, you will find a P&O Cruises ship based here at different times of the year. Itineraries offered by this ship -- often Pacific Eden -- include those visiting Broome and Port Hedland. Some of these itineraries visit Indonesia as well.

Options are more varied on the east coast, with cruises from Sydney, Brisbane and Cairns taking guests to ports along the Queensland coast including Airlie Beach, Hamilton Island, Gladstone and even the occasional visit to Cooktown.

Another contemporary line -- Royal Caribbean -- will occasionally link Sydney and Perth in one voyage, sailing around the northernmost tip of Australia and down the other side. These itineraries are long -- often two weeks or longer -- and are rarely on special, so you can expect cabins on these longer voyages to be regularly found closer to $2,000 per person twin share. If you have plenty of holiday time, these Top End cruises often couple together with a corresponding Bottom End return sailing -- meaning you can do an entire lap of the country over a month or so.

Mediterranean in the winter

Aussies love cruising in Europe and one line to keep your eye on is MSC Cruises. With much of its fleet in the Eastern and Western Mediterranean through the year and also venturing to corners such as South America, the Arabian Peninsula and even Africa, MSC is a dark horse in the bargain cruise market.

Offering structured and extremely regular seven and 14-night laps of the Western Mediterranean islands, departing from Genoa, Rome, Barcelona among others, MSC can easily hook you up with a cabin on one of these for less than $1,000 per person.

Similar prices can be found on Eastern Mediterranean cruises from Rome or Venice, visiting the Greek Islands, Montenegro and Croatia. Great value and a great way to spend part of your European holiday.

Asia late in the year

Cherry blossom season is a very popular time of the year to cruise in Japan, so avoid this period if you want to keep the bill down. In the third quarter of the year, preparations are being made for the northern winter, so a Japanese cruise can be excellent value.

In recent years, airlines have launched new services between Australia and Japan, such as ANA flying from Tokyo to Sydney, Qantas linking the Japanese capital directly from Melbourne and more low-cost options with sister carrier Jetstar, non-stop flights are plentiful. Alternatively, low-cost long-haul travel is more widely available than ever before through carriers such as AirAsia X and Scoot.

As for cruises, look into Royal Caribbean's Mariner of the Seas based in Singapore, which occasionally ventures into North Asia. Another line worth considering is Star Cruises from Hong Kong. Or, if the budget stretches a little further, Princess Cruises and Holland America Line usually have ships sailing around Japan and Eastern Asia around this time of the year, sailing from ports such as Yokohama, Kobe and Keelung (Taipei). The new Majestic Princess, which will divide its time between China and Australia, is offering plenty of good deals for Australians.