You may also like
Dismiss
6 Reasons to Cruise This Winter
Holland America's Oprah Cruise 2019: 5 Things That Wowed Us
What Is Shoulder Season?
How to Save Money on a Disney Cruise
How to Save Money on a Carnival Cruise
Where You Can Cruise to Onboard Princess' Newest Cruise Ship, Sky Princess
The Best (Free) Things to Do on Carnival Panorama
What Cruise Destinations Are People Booking for 2021 and Beyond?
Will Private Islands Be The Best Way For Caribbean Cruising to Return? 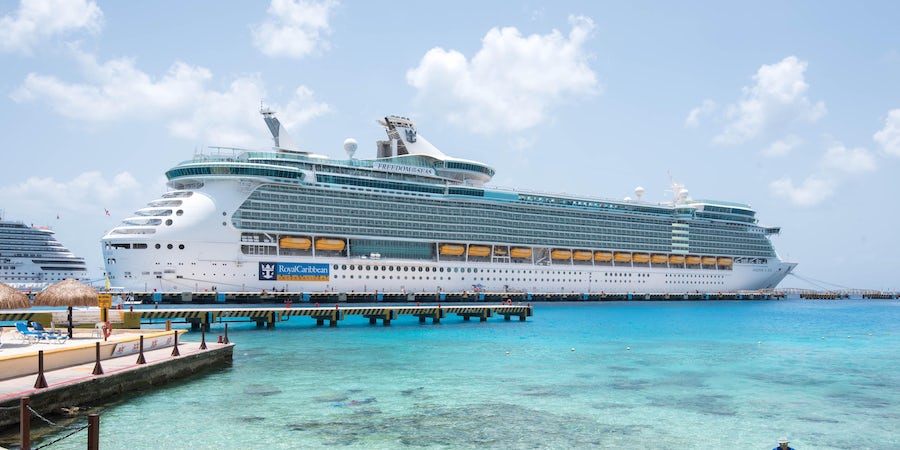 Freedom of the Seas in Cozumel (Photo: Cruise Critic)

2021 Fare Analysis: Will You Pay the Same for Shorter Cruises After the Pandemic Than You Did Before?

Embarking on a fare hunt to see whether passengers will pay more for short cruises than they were charged pre-pandemic is akin to being a detective.

You search for clues. Sniffing out bargains is part of the hunt, but an occasional whiff may lead to a false trail. You must also look for changes in typical patterns, such as regular seasonal dips and surges in prices. And remember: Post-pandemic fares in 2021 and into 2022 may reflect changes in the U.S. cruise industry that has been totally shut down, and may or may not emerge before the fall.

All clues considered, it's clear that consumers will be paying more for short cruises – those of five days or less – when ships return from the pandemic. You may, however, still find some sporadic fares of less than $50 per person, per day, at least in the fall as cruising regains its foothold in the U.S.

Vicky Garcia, chief operating officer of Cruise Planners, the largest home-based network of travel advisors, says that the agency's data on future bookings are "showing an increase for shorter cruises compared to 2019." She adds: If you're looking for a specific cabin category, you'll want to book your short getaway ASAP.

"We expect prices to rise as the ships begin to fill up, due to pent-up demand. Therefore, we are encouraging clients to book now for a future sailing to lock in the lower rates and access their preferred stateroom accommodations," Garcia says.

As COVID-19 took hold, and most cruises in 2020 were cancelled, millions of cruisers with scrapped vacation plans opted for Future Cruise Credits with value-added bonuses -- such as 25 percent boost added to the fare you originally paid. These passengers have prepaid for their vacations, are anxious to get back to sea and have even more spending power. Add to that others who missed their 2020 and early 2021 vacations and there is clear pent-up demand.

Now combine that demand with the way that cruise lines price their fares. The cruise companies put out "sale" fares months or even years before a sailing and as ships get fuller, fares go up. Only if there is space, at the very last-minute, do they come drastically down again.

When cruise companies get the green light to sail again from the U.S., the reintroduction of cruises is expected to be slow and measured. No one expects ships to be immediately up and operating in the numbers we saw in 2019 -- in fact a good number of older ships won't be coming back at all (Carnival Corporation alone divested of 19 ships).

The ships that do come back will carry, at least initially, fewer passengers, due to social distancing requirements and the need to set aside some cabins for possible quarantine.

All of this reduces the likelihood of fleets of full ships and increases the potential difficulty in finding cheap short-cruise fares to such popular fun-in-the-sun destinations as the Bahamas, the Caribbean, and the Mexican Riviera.

So, what will that short getaway cost you in 2021/2022? It depends greatly on how flexible you are as to when you travel. Here are some patterns.

The one that will come as the best news for bargain hunters is that some super-low fares still are available for the time being. On the top end, if you want a suite, splurge now or you may find none available.

Seasonality is a big factor in deals -- you will find the usual bargain fares after kids go back to school in September, before and after the holidays, and early in winter. But there are definitely price bumps over 2019.

Back in 2019, bargain hunters could do Carnival Victory (now renamed Carnival Radiance) from $179 per person (plus port taxes and fees of about $117) for an inside cabin on a four-night sail from Miami to Key West and Cozumel. That same itinerary on Carnival Conquest this November and December is from $199, a slight bump up. In March 2022, the starting price is $309.

Similarly, a three-night cruise to Nassau and Perfect Day at CocoCay on Royal Caribbean's Freedom of the Seas out of Miami is priced in November of this year from $219, then rises each month to a starting price of $279 in March, from $319 in May and from $399 in July, before dipping again in fall 2022 -- but only to $279.

If you're looking for fancier digs, you'll also pay more. With the extra bonus money to burn, many cruise passengers are looking to upgrade, making premium staterooms and suites a hot commodity. For a five-night cruise out of Jacksonville on Carnival Ecstasy, Carnival Cruise Line's oldest ship, fares in April 2022 are from $389 for inside, balconies are from $739, suites from $834.

Premium lines such as Princess Cruises, Holland America Line, and upscale Celebrity Cruises have some sailings for under $500 for four nights in the fall and winter, but they are sparse come May 2022.

On new ships that haven't yet sailed from the U.S., such as Virgin Voyages' Scarlet Lady, expect higher prices -- again, due to pent up demand. Four-night sailings on Scarlet Lady to Key West and Bimini this November are from $675; from $1,282 for RockStar Suites.

Your short cruise will cost you more this year and next, but how much will depend on both timing and luck. Work with an experienced travel advisor to improve your chances.