You may also like
Dismiss
What Not to Do on a Cruise Ship Pool Deck
15 Things That Drive You Nuts on a Cruise and How to Be Zen About Them
12 Bad Decisions That Could Ruin Your Cruise
Hidden in the Fine Print: 16 Things You Need to Know About Your Cruise Contract
9 Mistakes to Avoid When Booking Shore Excursions
7 Deadly Sins of Cruising and How to Rise Above Them
15 Things You'll Regret Not Doing on a Cruise
7 Easy Things You Can Do to Help the Environment When You Cruise
23 Things Cruisers Love to Complain About
10 Things You Should Never Do on a Cruise Line Private Island 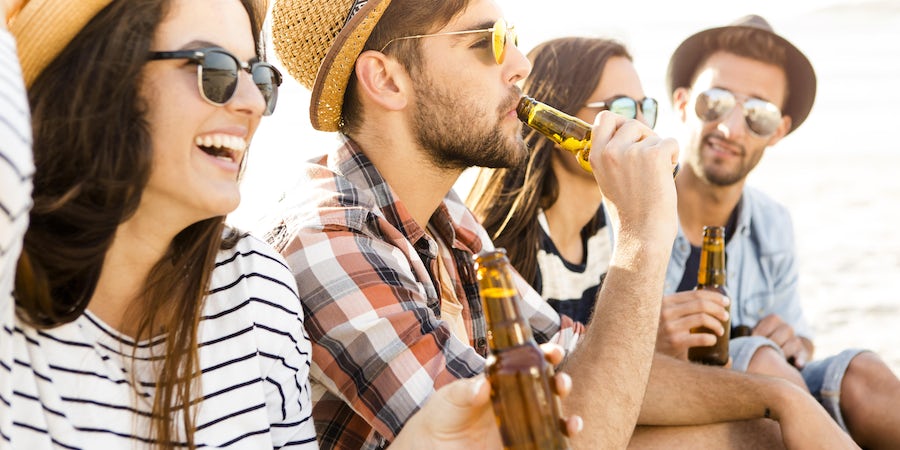 11 Cruise Taboos You Should Never Break

Cruise ships have rules for a reason; usually they exist to keep you safe and to make the voyage enjoyable for everyone onboard. But sometimes there are things you just shouldn't do out of common courtesy -- or common sense -- even if there aren't specific regulations in place. We'll help you to avoid being that passenger with our rundown of 12 cruise taboos you should never break.

1. Having Sex in Public Places

There's something about the motion of the ocean that makes people want to get it on. Although it might be tempting to let loose in the hot tub after one too many margaritas, confine it to your cabin -- and we don't mean your balcony. Although verandas seem private, many are at least partially visible to the decks above, to the officers on the bridge or to passing ships (or people if you're in port). Not only is it unsanitary to rendezvous in common areas; it could be considered a crime in some countries.

2. Allowing Nappy-Wearing Children in the Pool

If your child isn't potty trained, keep him or her away from the pool. It's nothing personal, but swim nappies aren't foolproof. If the nappy leaks, the pool will be shut down, and nothing will ruin your holiday faster than angry glares from everyone who knows you're responsible. Many ships offer special children's spaces that include splash pools, wading areas and fountains with water sprayers. Take littles ones there for some refreshing playtime, or bring your own inflatable baby pool to cool off your junior cruiser.

Related: What Not to Do on a Cruise Ship Pool Deck

3. Drinking Yourself Into a Stupor

It's your holiday, so a bit of liquid fun is expected and encouraged. But drinking too much alcohol opens the door for drama: excessive rowdiness, lowered inhibitions (see #1 above), injuries, dehydration and -- perhaps worst of all -- a hangover that could put a serious damper on the rest of your holiday plans. Do yourself and your fellow cruisers a favour by knowing your limits and sticking to them.

Whether you've made friends with a crew member or you're just curious about what goes on behind the scenes, it's never OK to sneak into areas marked "crew only." This is both for your safety and to maintain a professional relationship between crew and passengers. If you break this taboo, you risk being removed from the ship and jeopardizing the employment of any crew member accomplices.

We most often hear about chair hogs in the context of the pool deck. They rise early to stake out prime poolside areas, leaving personal belongings where they should be, and disappear -- sometimes for hours -- leaving other passengers to search for a place to sit. But there's no limit to where a hog will reserve seats. Passengers who save coveted spots in the theatre for others who show up late (or not at all) are equally selfish. Be respectful of your fellow cruisers, and only claim the seats you're actually using.

Related: 7 Deadly Sins of Cruising and How to Rise Above Them

From the buffet or the tender line to the water slide, it's never polite to queue jump. We don't care how urgently you feel you need to disembark, load up your plate with dessert or make a splash. If there are others who have been waiting, mind your manners, and take up your spot at the end of the queue.

7. Not Washing Your Hands

We shouldn't have to say it, but we will anyway: Wash your hands, especially before eating or after sneezing or coughing, using the bathroom, or touching handrails or lift buttons. That's the easiest way to avoid getting sick during your sailing -- or passing your germs to others. The hand sanitizer provided onboard is OK in a pinch, but it's only a short-term solution until you can find the nearest sink. It's not a substitute for soap and water. If you're guilty of skipping the soap, know that your selfishness and poor hygiene are exposing others to potential illness.

Buffet stations have tongs and spoons for a reason: to keep you and others from getting sick. Your germs aren't any less germy than anyone else's, so you should always use the provided utensils. Would you want to eat a dinner roll or a slice of pizza that someone else just touched with their bare hands? (If your answer is yes, re-read #7 above, and keep in mind that we've seen many a cruiser leave the restroom without washing.) Nobody wants to eat something you've touched, either.

This is a tough one since there are some pretty obscure foreign laws and customs of which you might not be aware. However, ignorance isn't an excuse. As a traveller, it's your responsibility to research the areas you'll be visiting and adhere to what's expected. That means avoiding camouflage clothing or public displays of affection in some countries and dressing modestly when visiting religious sites in others.

Related: 6 Ways LGBTQ Cruisers Can Stay Safe on a Port Stop in Jamaica

Have you ever noticed the small sign above the toilet in your cabin, showing (often hilarious) photos of things you shouldn't flush down the commode? Banana peels, underwear, toy trucks. It might elicit a giggle or two, but it's serious stuff. Don't flush anything besides, well, you know ... and toilet paper. That includes feminine hygiene products, wipes (even if they claim to be flushable) and food scraps. There are rubbish bins in your cabin for a reason; use them.

11. Rushing Into the Lift

We know you don't want to miss any of the action during your voyage, but take a deep breath and realise you might have to wait an extra second at times -- like when the lift arrives to pick you up. It's customary (and generally more practical and time efficient) to allow those who are exiting to get out before you try to muscle your way inside. Don't feel like waiting? An alternative is to take the stairs if you're able. No matter how much of a rush you're in, it's not an excuse for being rude.

Related: What Cruise COVID-19 Changes Are Likely Here to Stay -- And What's Not