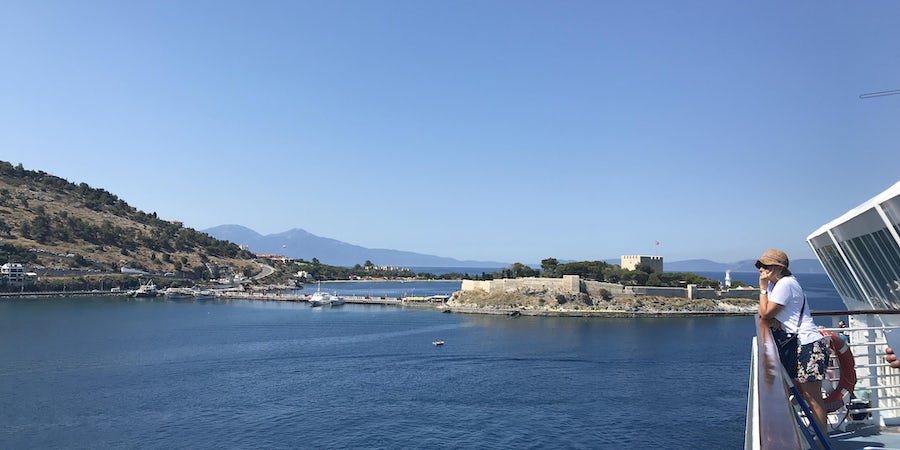 5 Reasons to Consider a Greek Isles Cruise on Celestyal Cruises

A cruise is the best way to experience the Greek Islands and its treasure trove of whitewashed villages, picture-perfect beaches and ancient ruins that transport you back to a time when Olympian deities ruled the world. For those who are more budget-conscious, it's hard to beat the value of Celestyal Cruises' weeklong itineraries offered on its Celestyal Crystal cruise ship.

Celestyal Crystal, a 1,200 passenger ship that snagged two awards in Cruise Critic's 2018 U.S. Cruisers' Choice Awards -- Best for Value and Best for Shore Excursions, in the midsize ship category -- is an affordable way to island hop and immerse yourself in Greece's scenery, history and culture. Cruises sail round trip from Athens and focus primarily on the Aegean islands (Mykonos, Santorini, Milos and Crete), though some itineraries also include stops in Turkey, Egypt, Israel or Cyprus.

Related: Which Greece Cruise in 2021 is Right for Me?

1. The cruises offer an excellent bang for your buck.

Compared to other Greek Isles cruises, Celestyal offers one of the most affordable options. Seven-night cruise fares are generally in the low to mid-$1,000 range (per person, based on double occupancy), which is comparable to other mainstream cruise lines. What makes Celestyal such an excellent value, though, is that it's nearly all-inclusive. The price includes select shore excursions, most alcoholic and nonalcoholic beverages, and gratuities.

2. You spend more time in port than on the ship.

Related: Great Cruise Destinations: 7 Classic Trips You Should Not Miss

Celestyal's cruises are all about the destination. The line's seven-night itinerary includes full days in every port of call, an overnight in Mykonos and two days in Santorini, where many other cruise ships spend only half a day. Celestyal's three complimentary excursions also offer enriching ways to experience the ports. Of course, you can pay up for additional shore excursions and add-on tours. For example, cruises that stop in Kusadasi, Turkey, include a tour of Ephesus, but those who want a more in-depth look at the ancient Greek city can tack on a visit to its "Terrace Houses 2" exhibit.

Related: Will Included COVID-19 Insurance Be A New Feature of Cruise Bookings?

The fact that Celestyal is based in Greece gives it the "upper hand" when sailing in the region. It gets first dibs when it comes to docking, meaning its ships never have to tender (anchor offshore and transfer passengers to land via small boats). Note: All ships in Santorini are required to tender. Celestyal also has relationships with many vendors and tour operators throughout the islands, which is valuable in the rare event of an itinerary change due to weather or other unforeseen circumstances. In other words, it has a better chance of being able to make last-minute arrangements in other ports, whereas another cruise ship might be forced to spend a day at sea. 4. You can enjoy a more authentic experience.

Related: 5 Free Things to do on Carnival Splendor

Another perk of Celestyal's Greek roots is that you can enjoy a more authentic experience onboard. Greek dishes and wines are served in the main dining rooms (there's also a sommelier onboard to help you with pairings), while accessories made by Greek companies are sold in the onboard shops. In some ports, the ship also will host local entertainers for an exclusive show in the main theater.

Related: 7 Reasons Why Brits Will Love a Round-Britain Cruise

While there are many alluring aspects of sailing with a Greek cruise line, some North Americans might feel a bit out of place with the nuances in service and all the announcements in foreign languages. In the summer months, though, Celestyal sees a large number of passengers hailing from the U.S. and Canada. This makes it easier to strike up conversations and even make new friends. Rest assured, too, that English is used throughout the ship, including in signage and daily programs sent to your cabin each day.

Related: 21 Tips for Americans Traveling to Cuba on a Cruise

Flying in for your cruise early, or staying a little later? Here's how to spend two days in Athens before or after your cruise.