You may also like
Dismiss
Main River Cruise Tips
7 Ways to Find Europe Along the Mississippi
AmaSonata's River Cruising With Backroads
Drinking Along the Danube: Wine and Other Drinks to Try on Your River Cruise
What's New in River Cruising for 2018
Is a Larger River Cruise Ship Right for You?
7 Things to Do Besides Shopping on a Christmas Markets Cruise
Should You River Cruise With Kids?
Cruise & Coach River Itineraries: What They Are and What to Expect
Cruise Critic's Ultimate Danube River Cruise Guide 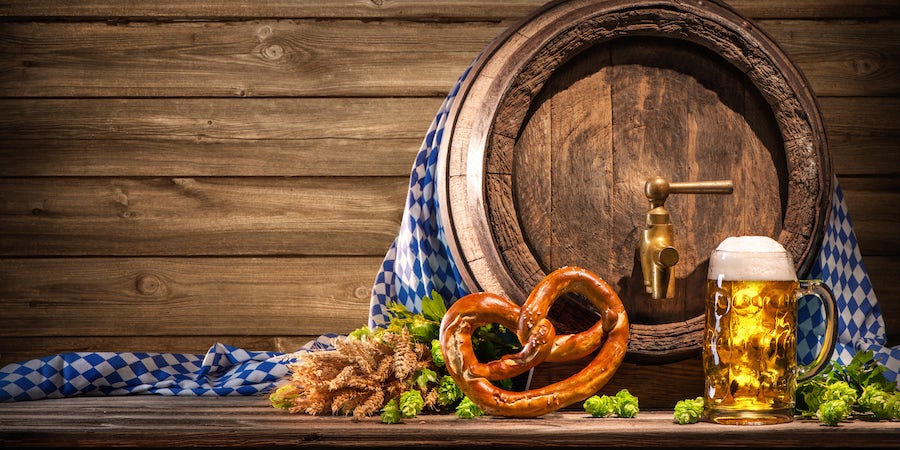 It's one of Germany's most iconic celebrations; a tradition dating back centuries. For many, Oktoberfest immediately conjures up images of beer, parties and tents filled with festive revelers. It's no surprise that many river cruise lines include the chance to participate in this annual event on select fall sailings.

Held primarily in Munich (but also celebrated in other cities throughout Germany), Oktoberfest is a 16- to 18-day folk festival that dates back to 1810. It is primarily a Volksfest, or beer festival and traveling fair, that combines large quantities of Oktoberfest beer along with traditional food, games and amusement-style activities and rides.

While lots and lots of beer is on offer at the event, which begins in 2018 on September 21 in 2019 and September 19 in 2020, not just any brew can be offered during Oktoberfest. In fact, only beers brewed within the Munich city limits can be served up during the festival, and only six breweries can claim their wares as authentic Oktoberfest beer. All beers must conform to the Reinheitsgebot, a German decree that historically regulated the ingredients in beer to just water, barley and hops.

Related: 7 Ways to Find Europe Along the Mississippi

Far from being a binge-drinking spectacular, Oktoberfest functions as a social event that just happens to have a heavy beer component. Non-drinkers and beer lovers alike will find much to enjoy about this special time of year when plenty of authentic and traditional German food and cultural activities are on offer.

While you can find Oktoberfest activities in towns visited by other German river cruise itineraries during this time, the Danube River runs the closest to Munich, and is usually the jumping-off point for Oktoberfest itineraries.

All river cruise lines offer sailings on the Danube River during Oktoberfest, but only some include visits or overnight stays in Munich. Some river cruise lines offer these under a separate "Oktoberfest" banner, while others simply work Oktoberfest-related activities into their port stops or onboard programming during the duration of the festival. In many cases, the best way to ensure you experience Oktoberfest is to plan to spend a few pre- or post-cruise days in Munich.

One company unexpectedly offering a special Oktoberfest voyage is Adventures by Disney, which sets out on a special adults-only itinerary in conjunction with AmaWaterways. Departing September 27, 2019 and again on September 26, 2020, this river cruise voyage begins in Budapest in 2019 and Munich in 2020 and continues on the Danube aboard AmaLea. Adventures by Disney has worked in special onboard beer tastings and inclusive tasting excursions in Germany, Austria, Slovakia and Hungary.

AmaWaterways also offers several Oktoberfest-themed voyages, with a special Oktoberfest-style embarkation (or final day) offered up in Vilshofen, Bavaria, on its "Melodies of the Danube" and "Romantic Danube" river cruises. For the full event, it's worth adding a pre- or post-cruise stay in Munich to these itineraries, either through AmaWaterways or independently.

U River Cruises offers an optional Oktoberfest package on two 2019 departures: the September 28 and October 5 "Danube Flow" cruises, both on The A. For $210 per person (bookable by calling the line directly), passengers can enjoy roundtrip transfer to Munich by train, reserved seating in the Oktoberfest tent, a chicken or vegetarian entree, a traditional Bavarian brotzeit brettl plate (similar to a charcuterie board) and one two-liter beer (additional beer can be purchased).

Tauck is introducing a brand-new itinerary in 2019 that combines a weeklong river cruise with a two-night land stay in the heart of Munich. In true Tauck fashion, these departures (September 16, 2019, aboard ms Inspire; September 24, 2019, aboard ms Grace) include reserved seating in Munich's traditional beer tents, two nights at a Munich hotel and a whole host of other inclusive, beer-themed events along the way. In 2020 and 2021, two departures for each Oktoberfest will also be available on the same two ships.

If you don't see your favorite river cruise line listed here, don't panic: You can still independently add a few days in Munich to most Danube itineraries that begin or end in ports like Passau and Vilshofen in order to fully experience Oktoberfest. Expect similar celebrations to be taking place in other ports of call throughout Germany during this time, too.

Related: Drinking Along the Danube: Wine and Other Drinks to Try on Your River Cruise

Plan ahead. Whether you plan on taking an Oktoberfest-themed river cruise or just hanging around in Munich for a few days, it pays to book as early as possible. Pricing for hotels in Munich can go through the roof during Oktoberfest, and it sometimes can be beneficial to stay further away from the event and commute in by train.

Go local. If you're up for it, bring or buy German traditional dress to wear at the festival. All of the locals put on lederhosen (men) or don drndls (women) and it's all part of the fun. Also keep in mind that the atmosphere in the tents changes from the day hours to the night. If you can swing it, make sure you stay for both, as you don't want to miss the singing and dancing at night!

Related: What to Wear on a Luxury Cruise

Don't fret. It's worth noting that while Munich may be the center of Oktoberfest, plenty of other German locales get in on the fun during this time period. It's never too hard to find a refreshingly cold pint, especially on Danube river cruises that travel through Bavaria.

More than beer. Even if beer isn't your thing, you should still give Oktoberfest a try. With so many different types of food, live music and cultural performances on offer, you don't have to ever lift a pint glass to thoroughly enjoy yourself at this festive time.