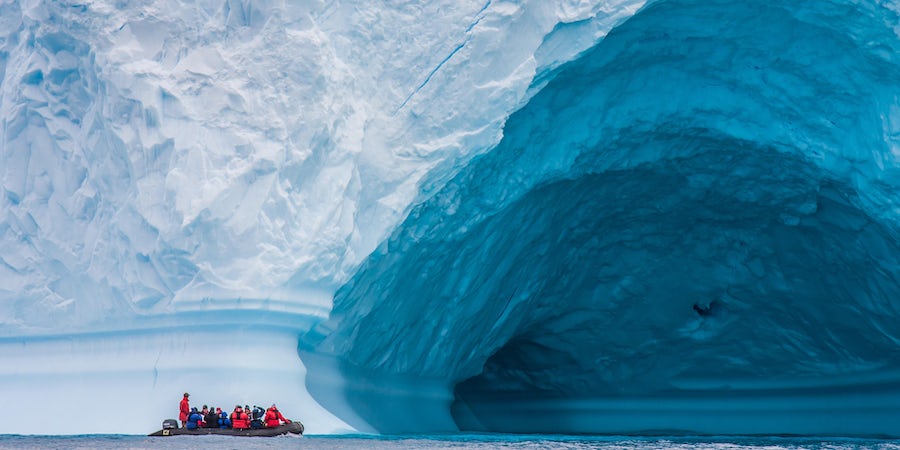 Can an Expedition Cruise Transform Your Life? You Bet.

I'm not ashamed to admit that tears were streaming down my face as the Zodiac skimmed across the water to Baltra and my flight from the Galapagos back to Quito. Looking around, I saw that I wasn't alone. No destination has ever touched me so profoundly as the Galapagos, and no expedition has ever made me live so much in the moment. I was completely cut off from the outside world, with just my shipmates and thousands of wild animals and birds for company. Those dazzling sunsets. Watching sea turtles shuffle up the beach to lay their eggs or snorkeling right in the middle of a flock of penguins. The sheer life force of the creatures in the Galapagos, thriving in such harsh conditions, is something I wish everybody could feel in their lifetime.

I'm not alone. Many travelers experience some kind of epiphany on an expedition voyage. Far from the stresses of everyday routine, out there -- under vast skies, taking in spectacular scenery and focusing every inch of your being to spot that polar bear or blue whale instead of idly scanning your cellphone -- creates a shift. It's enough to move even the most seasoned traveler. Even for professionals, expedition voyages are a constant source of wonder. Sue Flood, an award-winning wildlife photographer and filmmaker, says, “I am fortunate to travel the world but the polar regions, particularly Antarctica, draw me back again and again for their incredible wildlife, dramatic landscapes and remote, stark beauty.”

Robert Page, a medical professional from the Isle of Man and veteran of many expeditions, experienced a whole series of "wow" moments on an expedition around Greenland: “The sense of isolation was tangible,” he remembers. “As we sailed north from Kangerlussuaq, the excitement rose with the sight of massive tabular icebergs but nothing could have prepared me for the Zodiac excursions to explore these vast ice sculptures in Disko Bay. Midway through the cruise, I was on deck to witness a mother humpback and her calf arching and fluking. The following night, the captain alerted us to an ethereal display of the aurora borealis. This was, without doubt, a cruise to a land of indescribable natural wonder.”

An expedition voyage is often a wake-up call to the fragility of the world we live in. And nowhere can you read as compelling stories about travelers' adventures than at Cruise Critic, where members review their trips. Cruise Critic member Victator at the sight of a polar bear on an Arctic voyage. “He clambers out of the water, rolls into an easy half somersault on the ice to shake excess water from his fur and finally stands up to face his audience. Black-rimmed eyes stare straight at my lens. I am in heaven.

Then he moves. So in tune with his environment, nose in the air as he pads along the ice, alone in his glacial world. The sheer ice carpet is the backdrop to his ever-shrinking home. In the presence of such majesty, we are dwarfed as human beings. To snatch a glimpse of this majestic animal on ice is to capture a unique moment in history, frozen in time. We are so privileged and fortunate to catch a glimpse of his world, alas, fast melting before our eyes. Many months later, I still feel that polar stare.”

Expedition Cruises Are a Wake-up Call 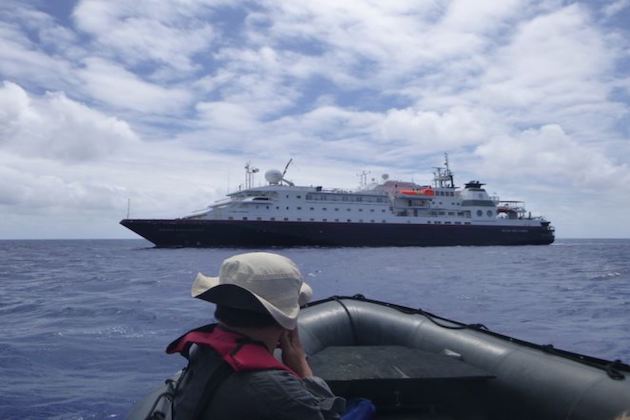 Member Chrism23 experienced a similar life-affirming moment in the Galapagos. “For me, the real action is in the water, snorkeling, just atop mild swells. There, the giant green turtles leave the beach to mate. There are sea lion rookeries, with so many of these mammals sensitized to humans that they come out to play with you, diving under you, over you and somehow never colliding. Then there are the coral reef fish, thousands, like the Caribbean used to be a couple of decades ago before reef death started to take over. Brightly colored coral teeming with thousands of fish everywhere you look. Get there and do this before El Nino, global warming or man ruins it.”

For some, there is no one life-changing event on an expedition voyage but a gradual realization of what an incredible world we live in. “I'd always considered myself a warm-weather person, skiing aside,” says David Hart, a British antiques dealer. “That was until I went to the Arctic. The northern lights were amazing, of course, but it was more the whole combination -- we drove a husky sled across the snow, spent a night in the Ice Hotel and on the last day, saw a massive pod of orca from the deck of the ship. That absolutely blew my mind. The experience really broadened my horizons and made me want to explore the polar regions much further.”

The human side of expedition travel can be humbling, too, especially when you encounter people who live in some of the world's most isolated places. Cruise Critic member Itravellux comments: “We visited Palmerston Atoll in the Cook Islands during our trip. There are only 63 people living on Palmerston and they represent the descendants of one Englishman, William Marsters, and his three wives. Cargo ships visit Palmerston once in a while, but we were the first visitors to have arrived in the past year. School was canceled for the day so the children would get to meet the unusual guests from the Silver Discoverer. We were treated to music, food and a tour of the island. We all left there in true amazement of meeting these very special islanders.”

Read reviews from travelers in our Silversea cruise reviews.

Prepare for a Multi-Sensory Experience 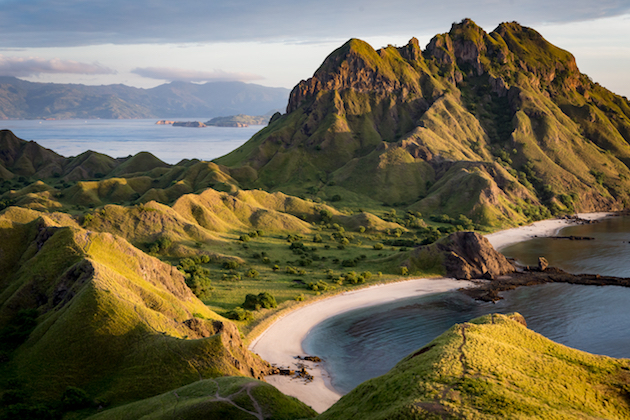 For some, an expedition is an assault on the senses, in the best possible way. Member Hills Travellers sums up the color and variety of an expedition voyage through Indonesia, to Australia: “We explored the Lower Sundas Islands, survived the one-and-a-half hour coach drive to Kivu, came face to face with Komodo dragons, snorkeled at Pink Beach, danced on Savu, sailed through a storm as we approached Australia, sailed the mighty Ord River, flew over the Purnululu National Park, home to the Bungle Bungles and Argyle diamond mine, marveled at the amazing and very full King George falls, saw ancient and recent rock art, sat in the cockpit of a WW2 DC53, explored the Hunter River mangroves, cruised over and into Montgomery Reef and went through half of the horizontal waterfalls.”

But while you can describe the trip of a lifetime in a sentence, there's also a recognition of the effort that goes into creating these incredible experiences: “Nothing that good happens without serious planning and the input of people who know their destination very, very well,” Hills Travellers continues. “The combined experience of the captain, senior crew and expedition team made sure that we all saw the best of what the Indonesian archipelago and the remote Kimberley coast had to offer. The Kimberley delivered an adventure that few of the 94 passengers will forget for many years.”

As this member points out, it's the men and women who dedicate their lives to exploration and conservation that really inspire many expedition travelers. Victator continues the story of the Arctic: “We were sitting in the Zodiac surrounded by glaciers. 'Let's take a moment to listen to the silence,' whispers Franz, our guide. We put the present on pause, to exist in this special place in time where only glaciers can bear the brunt of history.

“Our professor of ornithology picks up a chunk of ice from the sea. 'Have a taste of history.' We take turns to suck on the eons, zillions of years in a crystallized fossil, the water as fresh as the present, the ice as old as the Stone Age. That's what this cruise is all about. The privilege of experiencing a precious shrinking world like this with top expeditions leaders who understand and can share this rare beauty so generously with us.”

Member Matollygirl1 joined an expedition voyage to New Zealand. “What a wonderful trip it was,” she recalls. “In fact, I'd call it life-transforming. I've lived and worked, biked, hiked and dived around the world but the sheer beauty and numbers of birds and plant life, stark islands -- not to mention the sea lions and seals -- gave me a new perspective. We traveled with people who really knew their stuff. They were not university has-beens looking for a cheap vacation providing boring lectures. These were experts of all ages, seasoned professionals and people who truly, thoroughly loved their subject-matter.”

Sue Bryant is an award-winning journalist and a big fan of expedition cruising. As well as working for Cruise Critic, she is Cruise Editor of The Sunday Times in London and also contributes to publications worldwide, among them Sunday Times Travel Magazine, Porthole, World of Cruising and Cruise Passenger (Australia). Top of the bucket list for adventure cruising are Antarctica and Raja Ampat in Indonesia, although her recent expedition to the Galapagos would be hard to beat.